Talk about the things that matter to you! Wanting to join the rest of our members? Feel free to sign up today and gain full access! 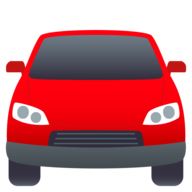